Watch Treasure at the Mill on TV 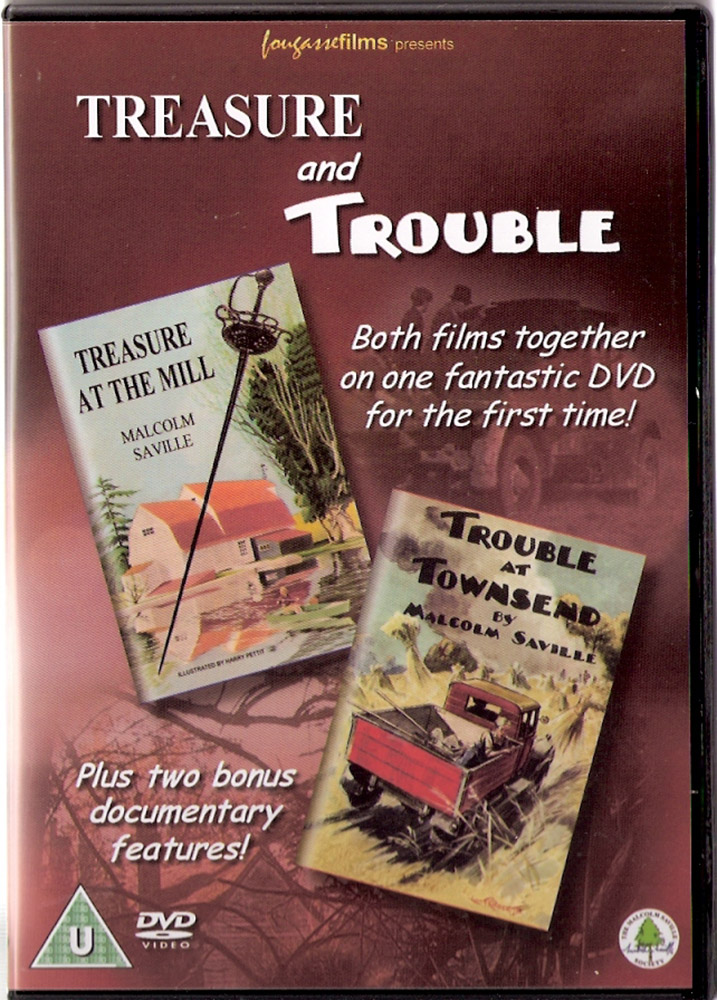 Treasure at the Mill is being shown on the Talking Pictures channel (free view 82) on Saturday 18 June at 10.15.

And copies of the film, along with Saville's 'Trouble at Townsend' (starring a young Petula Clark), are available from our Shop (on the Other Publications page) for just £8 for 2 films - and more!

In 2008 the Society launched the DVD of two films made from Malcolm Saville's stories. It can be played on any UK DVD player, any multi format player or on most computers.

Treasure at the Mill (1957)
A Children's Film Foundation film which featured the real life Pettit family and their home at Spring Valley Mill in Essex.

Trouble at Townsend (1946)
A Gaumont film which starred the young Petula Clark. Filmed at Malcolm Saville's home at Westend Farm in Hertfordshire